Jackson-Pratt drain consists of a thin rubber tube, inserted into the soft, a round container with a stopper. Drainage used, to remove the liquid, which can collect in the body after surgery, infection or injury. 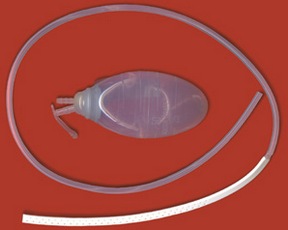 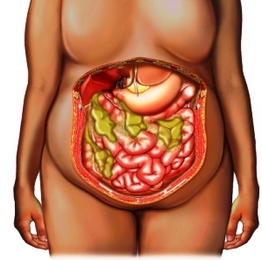 Complications are rare, but no procedure does not guarantee the absence of risk. If you plan to drain Jackson-Pratt, you need to know about possible complications, which may include:

How is the Jackson-Pratt drain?

Preparation for the procedure

In the run-up procedure:

At step used general anesthesia, which blocks the pain and the patient support in sleep.

After the start of the anesthesia doctor makes an incision in the skin. In the area of ​​accumulation of fluid injected tube. The other end of the tube is connected to a squeezable container pear. The doctor will remove the stopper from the container, compress it, to create a suction pressure (vacuum) in the drainage system and closes the plug. The negative pressure will suck the unwanted fluid from the body. In the introduction the drain tubes the doctor sews up the skin.

If the operation is carried out, Jackson-Pratt drain is installed after the.

If you are in the hospital, A nurse will be periodically removed fluid.

How long will the Jackson-Pratt drain?

Jackson-Pratt drain – Will it hurt?

It may feel mild to moderate pain at the site of installation of drainage Jackson-Pratt. The doctor will give pain relievers to reduce discomfort.

Jackson-Pratt drain shall be conducted in a hospital environment. The length of stay depends on the type of an operation. You will be able to go home the same day, If the wire is a simple operation.

When you return home, Follow these steps:, to ensure the normal recovery:

Removal drainage depends, how fast is the recovery after surgery or injury. The doctor may remove the drain, when it is going to less 15-30 ml fluid per day. If more than one drainage, They can be removed at various times.

Communication with a doctor after Jackson-Pratt drainage

After discharge from the hospital need to see a doctor in the following cases: